The internet is full of opportunities for artists, authors and producers who are cultural specialists.

In its role of supporting this large group of professionals, the Institut français offers you a selection of programmes, training courses and resources implemented to facilitate and promote the activities of the cultural and creative industries.

To meet the demands of an audience that is no longer satisfied with just looking for information but is also seeking an unforgettable experience, museums and institutions are trying to meet the challenges of our time through strategic and economic innovation: virtual reality, merchandising, visitor assistance applications, creative scenography etc.

For 25 years, Museum Connections has been supporting professionals in the cultural and tourism sector in their search for new products and services that enable them to enhance their sites while increasing their own resources.

The next edition takes place on 20 and 21 January 2021 in Paris, Porte de Versailles.

In the meantime, Museum Connections is making the 2020 conferences available as podcasts: please note that the conferences will be broadcast one by one, every Wednesday, from 25 March to 3 June 2020.

SITEM is a constantly evolving creative trade show that focuses on the relationship between cultural economy and a constantly unstable landscape.

The foundations of SITEM are based on the analysis and understanding of the global museum: its structure, its operation, its special characteristics. This is because each museum is different in its history, its collections and its architecture.

In fact you can find out about the current challenges facing museums through free access podcasts and eight conferences taking place in Paris.

Find out more information about SITEM 2020

An exceptional showcase to discover the full diversity of immersive media and their potential in terms of creativity and storytelling!

The most successful VR, AR and large format experiences in terms of storytelling and technical performance will be presented and rewarded at the SATIS exhibition at the Docks de Paris on 3 and 4 November 2020.

The call for content will take place from 14 April to 15 September.

The selected content will be broadcast on 3 and 4 November 2020 during the SATIS Film Festival at the Docks de Paris.

Ensuring the upskilling of Creative Industries professionals in Africa : this is the challenge of LAFAAAC (French/English-speaking Academy of Audiovisual and Cinematic Arts), a young French start-up launched in 2017. To this end, it offers innovative training courses, which combine mobile, distance and face-to-face training, on its digital platform, and is supported by partners in France and Africa, to build an inclusive offer adapted to local needs.

The African continent is poised to become the next hub of cultural industries, a hotbed of young creators. This sector of the future is crystallised in particular around Nollywood, a global giant of audiovisual and cinematographic production, which announced in February the production of the first Nigerian original series on Netflix.

To overcome the lack of training opportunities, LAFAAC, in partnership with La Fémis (French National Graduate School of Image and Sound Professions) and with the support of the Ministry of Europe and Foreign Affairs, is launching a vast, ambitious and innovative training programme.

The startup WeFilmGood, supported by LINCC, an innovation platform dedicated to the cultural and creative industries, is launching the Lockdown Film Festival in partnership with La Maison des Scénaristes. They are offering you the opportunity to tell the story of the period we are currently going through: the time before, the lockdown, and/or the world after.

Write and produce a short film on the theme of lockdown (maximum 15 minutes). Submit your film on the dedicated WeFilmGood page with an open YouTube ID link.

From 25th July 2020, get your friends and family to vote by sharing the registration link for your film on social media. The short film with the most likes will win the audience prize.

In the end, two prizes will be awarded : the jury prize, which will win €1,000, and the public prize.

The two winners will also be invited to the Cannes Film Festival Market, where their short films will be screened.

UniFrance is launching a series of international round tables entitled « New Realities For Film ».

From 26 May to 7 July discover this series of seven weekly international round tables, with content exclusively in English.

The aim of this series of round tables proposed by UniFrance is to bring together the most experienced and innovative world cinema professionals to offer both a broad and precise vision of all the subjects that concern them today.

The series will be moderated by British consultant and journalist Michael Gubbins.

The start-ups in the Paris&Co network offer solutions at their level for post-lockdown to address the current challenges :

Because of the current situation, the 4th edition of the ADDON Meetings took place in an exclusively online and free of charge version from 27 to 30 April 2020 !

ADDON makes space to look at the artistic, creative, technical and conceptual aspects of the video game in the form of workshops, meetings and discoveries so that everyone can enhance their production skills.

Four days of live conference on Twitch: you can watch the talks for free and interact with speakers at the end of the conference from the comfort of your own home.

Conferences will be available online after the festival.

Minsar makes it possible to create and broadcast augmented reality experiences Minsar is currently striving to foster creativity and the sharing of virtual experiences among as many people as possible.

Culture, its conservation and sharing are at the heart of Opuscope. Minsar is thus offered free of charge to cultural institutions until September, and is also extended to anyone who does not generate profit from the experiences carried out and shared (the cultural, educational and medical sectors).

Tiedpack offers a completely wireless, modular and miniaturised device to provide creative and interactive experiences in all types of places.

- Installations with sensors without apparent technology.

- Scenographies that combine and synchronise screens, videomapping and real objects with ease.

Sunny Side of the Doc and PiXii Festival : digital edition

The 31st edition of Sunny Side of the Doc, the international market for documentary and narrative experiences, and the 4th edition of the PiXii Festival, the international festival of digital cultures, will take place from 22 to 25 June 2020 in an entirely redesigned online format to offer real opportunities.

This unique networking platform will bring together all the main players in the industry around a series of tailor-made events including pitching sessions and individual meetings as well as a programming of video and webinar resources (questions/answers, best practices, case studies) designed by the best international experts in the sector.

104factory is a cultural and creative start-up incubator that provides a place for you to grow your business. To do this, 104factory provides you with equipment and experts to offer you the best possible support and advice.

In launching this call for applications, 104factory is reaching out to cultural and creative entrepreneurs. Particular attention will be paid to projects that reinvent public spaces and/or imagine innovative approaches to cultural events.

The C&M Innovation Award is an event organised by Club Culture & Management to:

The C&M Innovation Award selection committee, which brings together some 15 professionals, will choose the winners from among the start-ups in the seven categories: the projects selected will be highlighted and will pitch their project at the awards evening in the presence of the selection committee and professionals and decision-makers from the world of culture.

This is the first networked prize: the winners will give them their list of people they want to meet for their development, and the C&M network will help them to connect effectively.

Applications are open until 31 August.

Art Explora and the Académie des beaux-arts are launching a European award to promote sharing art and culture with one another.

There are already many initiatives which introduce new audiences to arts and culture: digital innovation, external activities, inclusion of people with disabilities, fight against cultural exclusion, new mediations, cultural awakening for young audiences, programmes for excluded audiences...Art Explora wants to give a real boost to these innovative practices.

With a fund of €150,000, this first edition of the Art Explora – Académie des Beaux-arts European Award will reward three winners in 2020:

In order to give visibility to all and encourage discussion around best practices, Art Explora will give each candidate the opportunity to have their project featured on its website once the results have been published.

Applications are open until midnight on 25 September 2020. The awards ceremony will take place in autumn 2020

This award is open to all European cultural institutions, public or private, regardless of size.

In July and August, CAVILAM Alliance française in Vichy is organising online training for French teachers.

The aim of these courses is to present the essentials of teaching French with answers to fundamental questions, such as : How to motivate learners ? How to effectively learn and teach the different oral and written skills ? How can digital tools be integrated into the daily life of the class ? And many more.

Teachers will find many ideas and practices directly applicable to their classes. They will be able to discuss their experience with other participants and benefit from the expertise of CAVILAM – Alliance française trainers.

The International Organisation for Francophonie (OIF) offers an online course aimed mainly at primary and secondary school teachers, such as educators and members of NGOs working in the field of the promotion and protection of human rights. Through this course, the Organisation offers content and educational tools to facilitate activities and address human rights in classrooms.

Over eight weeks it offers 27 teaching applications, presented in five modules and supported by resource documents, videos and quizzes. A personal certificate of attendance can be downloaded online at the end of the session. More than 2,000 learners from 40 different countries have already used these resources.

This OLMC (Research Initiative on Official Language Minority Communities) is an interactive version of the teaching guide « Human rights education, understanding to act together »,supported by the OIF and carried out by the Association francophone des commissions nationales des droits de l’Homme (the French-speaking Association of National Human Rights Commissions, AFCNDH).

Registration for this course, which will be open to all until 6 July 2020, will no longer be possible after 31 May.

Each module will allow you to follow a training seminar of five sessions of 1 hour 30 minutes remotely within a group of around 10 teachers.

The University of Louvain provides FFL teachers with examples of scenarios for remote courses.

Option Innovation is the back-to-school event for secondary school students. For this 6th edition from 12 to 16 October 2020 in mainland France and from 5 to 9 October on La Réunion, the event is reinventing itself and offering a new virtual and physical programme.

Over 20,000 young people in mainland France, overseas territories and in several French-speaking establishments around the world will be able to discover places of innovation, innovative companies, entrepreneurial profiles and professions that are little known or even unknown and have strong recruitment potential.

For four days, young people are invited to make these discoveries from their classroom or to go with their teachers to more than 400 innovative places (incubators, business incubators, accelerators, fablabs, coworking spaces, third places,start-ups, SMEs and very innovative enterprises) to take part in interactive meetings, attend demonstrations and participate in practical workshops. 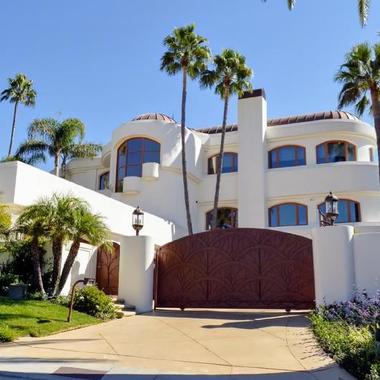 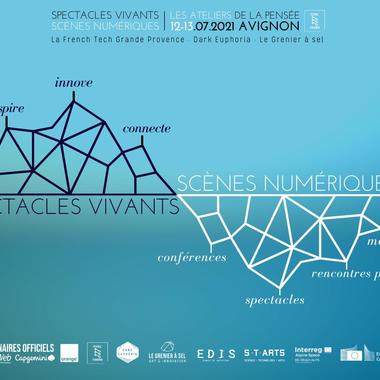