Skip to main content
Emilie Rigaud is a Villa Kujoyama 2020 residency programme laureate (residency postponed due to the health context).

Émilie Rigaud is a graphic designer, illustrator of characters, historian of Japanese typography, creator of the type foundry “A is for fonts” and lecturer at the ANRT.

After her graphic design masters at ENSAD (Paris), Émilie Rigaud specialised in typographical design at Reading University. The family of characters she drew there, Coline, was awarded the Tôkyô Type Directors’ Club prize in 2011 and was added to the CNAP collections. Head of the type foundry “A is for fonts” since 2010, Émilie defends characters combining artistic expressiveness and production precision.

In parallel to her activity as a designer, Émilie is studying Japanese through a masters at the Inalco (National Institute for Oriental Languages and Civilizations) and has just started a thesis on the history of Japanese typography in the 20th century, under the direction of Emmanuel Lozerand, at the Institut français de recherche sur l’Asie de l’Est (French Institute of East Asian Research). She has also been a member of the new lecturing team of the Atelier National de Recherche Typographique (National Workshop of Typographical Research) since 2013.

From calligraphy to typography: creation of a font of characters with variable cursivity

The project of Émilie Rigaud is to create a family of typographical characters for Japanese which play on different degrees of cursivity, according to an axis which goes from calligraphy, very cursive, to typography, which sets shapes. The family will be an ensemble of several character fonts, each of which will express the initial scriptural gesture in a different way.

Japanese typography is mainly divided into two great categories: minchô and goshikku. With mechanisation, the calligraphic origin of Japanese writing has been erased. As it is, the horizontal strokes of the minchô font are perfectly straight. Minchô characters have very bold vertical strokes and very fine horizontal strokes, the exits of which are indicated by an uroko, a small triangle that marks where the stroke stops, leftover from lifting the brush.

Afterwards, the appearance of goshikku characters move the signs even more away from this origin, because the adopt the straight structure of minchô by erasing the contrast and remains of the brush.

Some character fonts which imitate calligraphy also exist, but they are very connotated characters, too “traditional” to be able to be used elsewhere than on old-fashioned business cards.

The project proposes to explore the interval which exists between calligraphy forms and standardised typography forms. The challenge will consist in finding a balance between the gesture made by the hand and a mechanic treatment of forms, to create character fonts that are completely up-to-date that have the trace of traditional calligraphy.

To do this, the idea is to start from a cursive skeleton to then apply a more contemporary cover. Two means will form the basis of the research into this cursive skeleton: the practice of calligraphy and picking up on cursive forms in the public space. 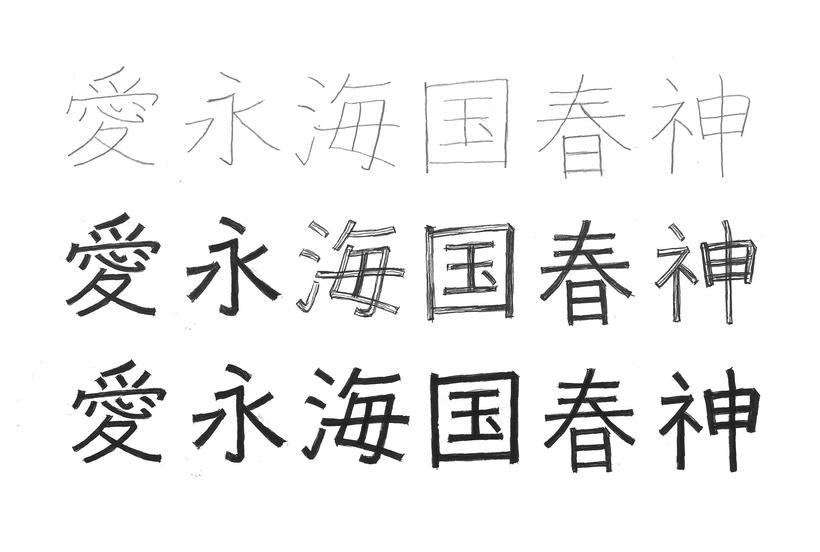 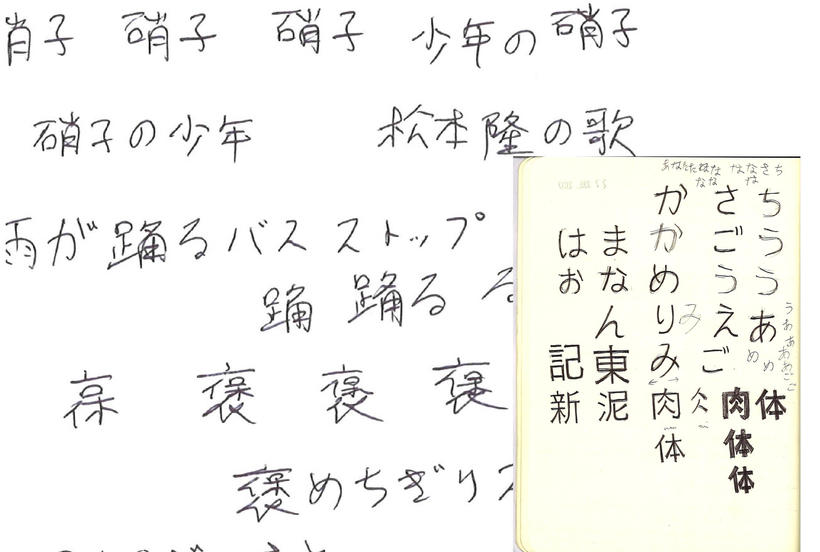 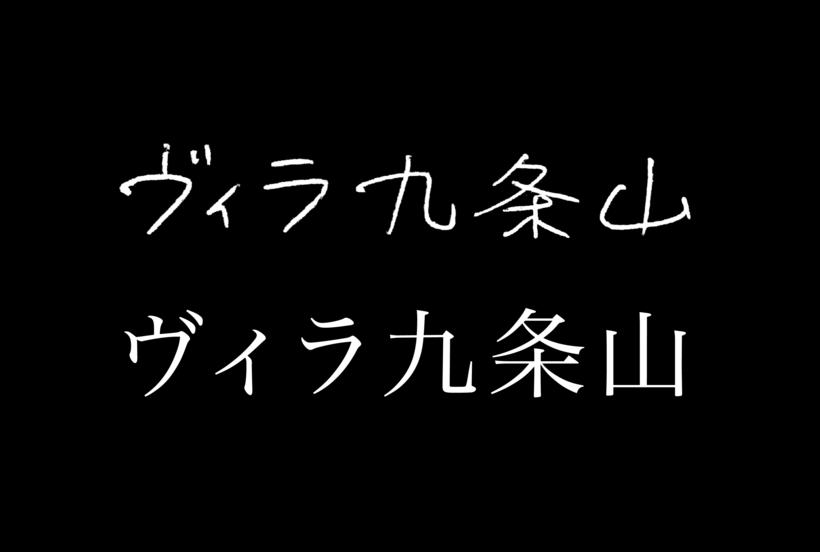 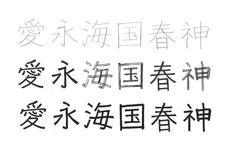 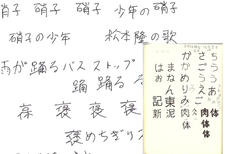 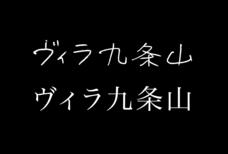