French professionals / Foreign professionals
Born of a common political will, at the highest level of the two States, the 2019 France-Romania Season, which will coincide with the Romanian Presidency of the Council of the European Union (01/01/2019) and the celebrations of the centenaries of the creation of modern Romania (01/12/1918) and the end of the 1st World War, is intended by both countries to:
Renew the image and reputation of both populations, to strengthen the economic, scientific, cultural and societal ties that unite us historically, to demonstrate the dynamism and imagination of the creators and businesses of the two countries, to reaffirm their commitment to a Europe of peace, ideas and cooperation. 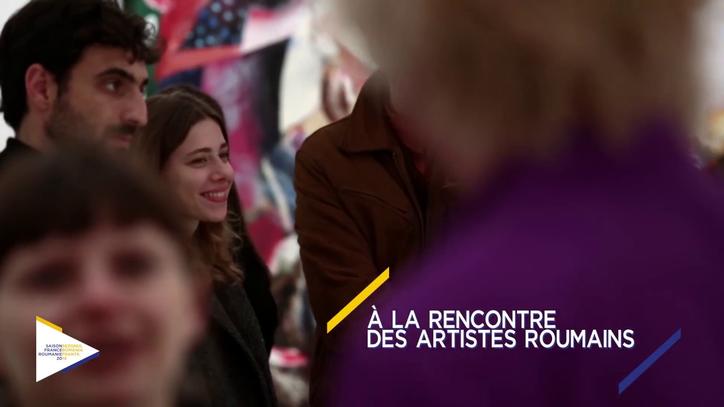 The two General Commissioners hope to build the Season around 4 themes:

These themes must serve to guide the development of a programme that will be structured, for the sake of consistency and clarity, around 3 chapters:

1 / West-East: following in the footsteps of our shared stories and French language

2 / Mutation(S): a path towards a new ecology of ideas and life for Europe

3 / Augmented Season: between virtual and real innovation in service of renewed intimacy

The 2019 France-Romania Season must resolutely look to the future and be a broad space of expression and visibility for the emerging creators of the two countries. It must also play with stereotypes, be bold, anchored in the 21st century and accessible to as many people as possible.

At the same time it is impossible not to look back, to acknowledge a past so rich in terms of cultural and historical relations. That is why this Season will also be an opportunity to build a dialogue between heritage and the present, testifying to a common history and a future to be built together.

In addition, priority will be given to the collaborations that we hope to encourage between Romanian and French institutions, schools, universities and creators, thus retaining the crucial spirit of sharing, travel and friendship.

Finally, the Season will have an important impact outside the capitals, thus creating an event which takes place not only in the main regional hubs of the two countries:

Jean-Jacques Garnier, General Commissioner for the French side

Andrei Tarnea, General Commissioner for the Romanian side